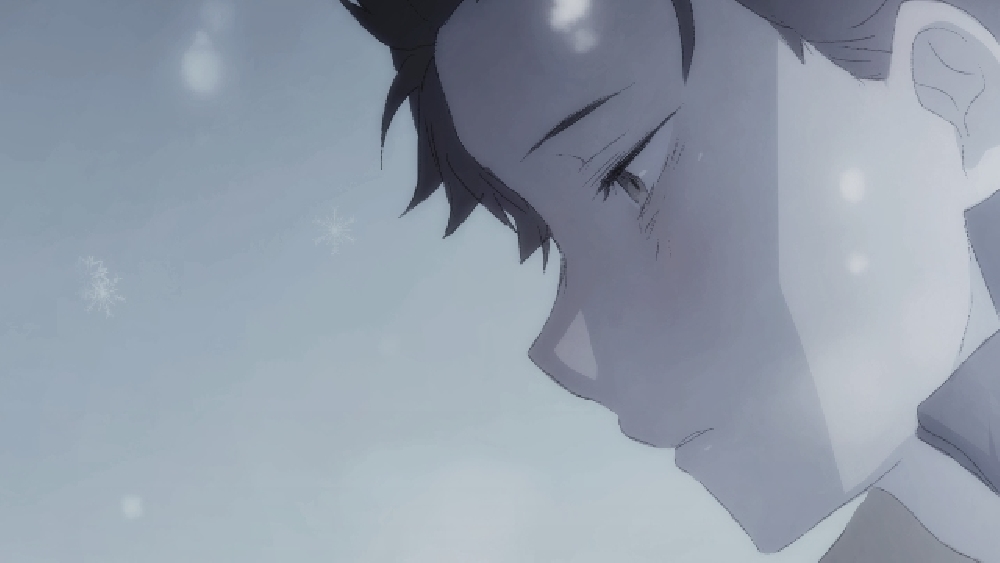 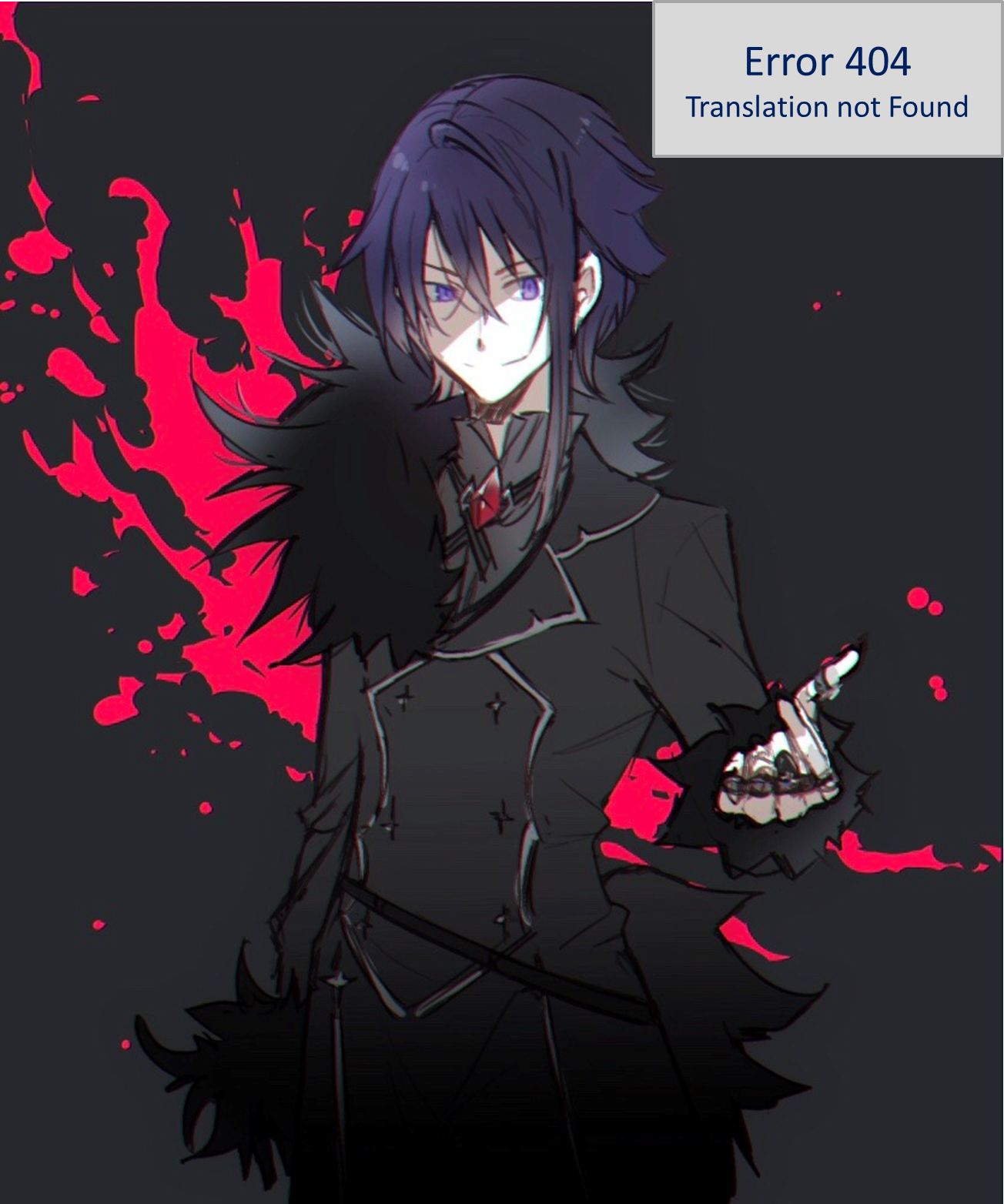 Parts 1 and 2 of this chapter are translated into English, but not translated by WitchCultTranslations or one of our affiliates. Check the table of contents for the chapter link.

[Emilia: Well…, You were nowhere to be seen in the Dragon Carriage this morning, and we couldn’t find you either in any of the rooms on the fourth floor, so we got pretty worried…]

Subaru’s curiosity was piqued by the word dragon carriage, but he did not open his mouth in fear of interrupting Emilia’s story. Perhaps, the lizard who stood in the Green Room was related to Earth Dragons in some way. They did look like the type you’d see from a horse-drawn cart. He’d have to put off his curiousity in wanting to see the real thing though.

[Beatrice: Betty was not at her wit’s end as much as Emilia was, in fact. I was just bothered that I couldn’t figure out where you, my contractor, was within this strange tower, I suppose. That’s why I went with her to search around the tower for you, and after that…]

[Emilia: We found you collapsed in the white library on the third floor, and then brought you to the Green Room.]

Subaru breathed out a “Ahh” after hearing Emilia and Beatrice’s joint explanation.

[Julius: The third floor is one of the floors within this tower. We’re on the fourth floor right now. We’re going through them trying to reach the first floor, which is the topmost floor. It was thanks to none other than… your knowledge that we already made it through past the third floor.]

[Subaru: Thanks for explaining… Did you say thanks to my knowledge?]

Julius filled in for the missing details. Even so, for Subaru, the contents seemed to be quite lacking in credibility. Nevertheless, Emilia continued where he’d left off with an “Yeah”

[Emilia: That’s really how it happened. All we heard was gibberish, but you were able to solve it all by yourself Subaru… you were reaaaalllly amazing.]

[Subaru: Hahaha, thank you… Hey, no one says “gibberish” these days anymore.]

[Subaru: Did I say something weird?]

Though Subaru had tried to awkwardly compliment Emilia, she remained silent as if something was up with her. For a split second, he could see the traces of some strong emotion flicker across her eyes, yet he had no idea what it meant.

At any rate, he couldn’t keep up with them, as if they were ripples rippling through a pond.

[Subaru: By the way, you said that I collapsed and that you brought me to that grassy room…]

[Beatrice: That room is protected by a special spirit. That spirit has the power to heal people’s wounds… That is why we’ve laid Rem down there too, in fact.]

[Subaru: Okay, okay, gotcha. So, that’s why you also brought me there… By the way, what are the chances that I lost my memories due to that room?]

Subaru batted one of his eyes shut as Emilia faltered in response, looking like she hadn’t thought about that.

Though this was only a hunch of his, regarding the intentions of this Spirit or whatever, while those may be unknown, if it took the form of a plant, then he couldn’t discount it having some kind of cruel nature.

Flowers are pretty and filled with sweet nectar to get insects to carry their pollen. But they can also be like carnivorous plants who camouflage themselves to snare in insects to slurp the life out of them.

It could have slurped his memories out of him instead of healing him… There was a chance of that.

[Echidna: It’s quite a wild idea, but I heavily doubt that. In that case, something weird would have happened to me first far quicker, considering I’ve been in that room far longer than you have.]

[Subaru: …That something strange hasn’t got anything to do with the original body’s owner not waking up?]

[Echidna: Regarding Ana, that happened before we came to the tower. Her condition has nothing to do with the Green Room. And also, that’s right… the Earth Dragon who was in the room hasn’t forgotten about you, right?]

[Echidna: That Earth Dragon is awfully attached to you. Suppose, for argument’s sake, that the Spirit in the room had a bad habit of slurping out people’s memories, don’t you think she would have probably given you the cold shoulder?]

Subaru recalled the Earth Dragon that had nestled up to him just after he’d woke up.

For sure that Earth Dragon had been extremely friendly towards him. If the reason behind that was because she’d originally been his Earth Dragon, then that made complete sense. Though, what she’d said also surprised him.

[Echidna: Let’s get back on topic. The chances of that room working such wickedness on you are not high at all. As far as I am concerned, it’s the room you collapsed in that’s far more of a problem. Y’all said he came to in the Taygeta Library on the Third Floor, right?]

[Emilia: Yeah, that’s right. Subaru collapsed on the white floor in that room…]

Emilia gripped her wrist tightly as she reflected back on that moment.

[Emilia: I carried you to that room all in a rush, and then tried to go call everyone, but…]

[Beatrice: Subaru woke up during that time and found himself in this condition, in fact. Therefore, it would be difficult to imagine that the Green Room did this, even time-wise, I suppose… It happened in that library, as I thought]

If something had happened, then this library or whatever was the source behind it.

It seemed like they’d reached a common point of view, but Subaru didn’t really get it. Perhaps because it was hard for him to imagine what kind of room this room they called a library really was.

[Subaru: Erm, Taygeta? What kind of room is this Taygeta library? The name sounds somewhat familiar…]

[Julius: That library is a room containing the『The Books of the Dead』]

[Subaru:『The Books of the Dead』…Hey, that also sounds like some chuuni schtick]

Putting aside his interest for the name Taygeta, Subaru sunk his teeth into how he’d used the term『Books of the Dead.』 Seeing his reaction, Julius gave a curt nod and then continued to speak, saying: “We have no concrete confirmation…”

[Julius: But in this library, there are a myriad of books bearing the names of people who are now deceased from all around the world. To read the books, you have to be qualified to do so. It’s most likely the kind of thing where you can only read the books about the deceased you had some connection with.]

[Subaru: Again with the bad taste… What is written in those books?]

[Julius: The life of the respective deceased, more or less. Intense thoughts swoop through your mind, as if they’re being scorched in. It’s really not a matter you want to put yourself through over and over deliberately.]

There was a weight to Julius’ words in his explanation, which could only have been expressed by one who had personally experienced this sensation. It seemed to Subaru that frankthe memories of the dead were not something he wanted to have scorched into his mind. To say it frankly, experiencing this sort of shock was not something he was keen to do. Then, if he had collapsed in a library where such experiences were possible…

[Subaru: Was I reading one of those books too when I collapsed? No way, so could something like that have damaged my mind?]

[Echidna: I can’t completely rule out the possibility. About that,『Sage』, what do you think?]

[Shaula: …Are you perhaps talking to meee?]

While nodding at Subaru’s guess, Echidna turned to face Shaula with a meaningful look in her eyes. As well as that meaningful look, Sage was a really disproportionate way of referring to her.

Were he to speak without restraint, Shaula looked like the furthest thing from a『Sage』in this room.

[Shaula: No matter how many times you say that my answer’s not changin’! I don’t know anythin’ about the tower, except its ruuuuules! I was just told to be strict with rulebreakers. No matter what Master does in the tower, I ain’t got nothin’ to do with it!]

[Subaru: I don’t know why Shaula’s calling me something like Master in the first place, but…]

[Ram: Don’t worry. Your answer to that Barsu was the same as before you lost your memories. You’re just using this without saying anything because it’s convenient for you… So gross]

[Subaru: You can’t just jump to such a convenient conclusion!]

Faced with Shaula’s gaze, Subaru couldn’t help but express his bewilderment, which with no word of exaggeration showed a level of affection that was maxed out.

Sure, it might be nice to get close with such a glamorous beauty when he thought about it ordinarily, but not knowing where her favour was coming from only created more confusion in him.

Besides, her affection and favour made him feel strangely uneasy. It was something fundamentally different to the sincere feelings Emilia and Beatrice showed him.

Though he didn’t know currently whether this was a harmful effect of his memories being gone.

[Subaru: In any case, that library you mentioned feels suspicious. If you’re saying there might be clues in there that will get my memories back, then I reckon it’s worthwhile going there to check.]

[Julius: Yes, we should. Our situation is one that even in the best of times we’ve had one problem after the other. The problems that plague us have seldom been few.  Besides, with the circumstances becoming like this, you must honestly realise…]

[Julius: …Just how much you’ve been making up for us]

With his eye still closed, Subaru let out a small snort at Julius’ words. His laugh hadn’t been out of awkwardness, but a strained one that came from deep within how he felt. They were really overestimating him. The armageddon must be coming for them to be relying so much on Natsuki Subaru.

Bad things came in threes, once again Subaru had been made aware of how much of a hindrance he was, a trait he’d averted his eyes to; it was as if he were saying, “You’ve become a considerable burden”

[Subaru: Anyways, I’d like to go to the library after we finish eating and if the memories that I lost are scattered about there, then I’d like to go pick them up and stuff them back in my mind.]

[Emilia: Jeez, that’s an odd way of putting it… It’s really just like you]

Emilia gave the flustered Subaru a small smile as she said that. The atmosphere around the place relaxed just a tad as he received it.

They’d come up with a plan and it felt like they were, in true sense, moving forward a bit.

[Echidna: I am sorry to interrupt you when the mood’s like this, but there’s just one more thing I want to ask you Natsuki-kun.]

[Subaru: Well, you can go on ahead now that you’ve said this much. What is it?]

[Echidna: Well, this is just a curiousity of mine which isn’t at all related to your memories, or capturing the tower, but despite that… ]

Echidna began to stroke her wavy hair, and with an adorable look on her face, compounded by a look of deep intelligence in her turquoise eyes, she asked:

[Echidna: What does that term you speak quite often of, “Parallel World”, mean?]